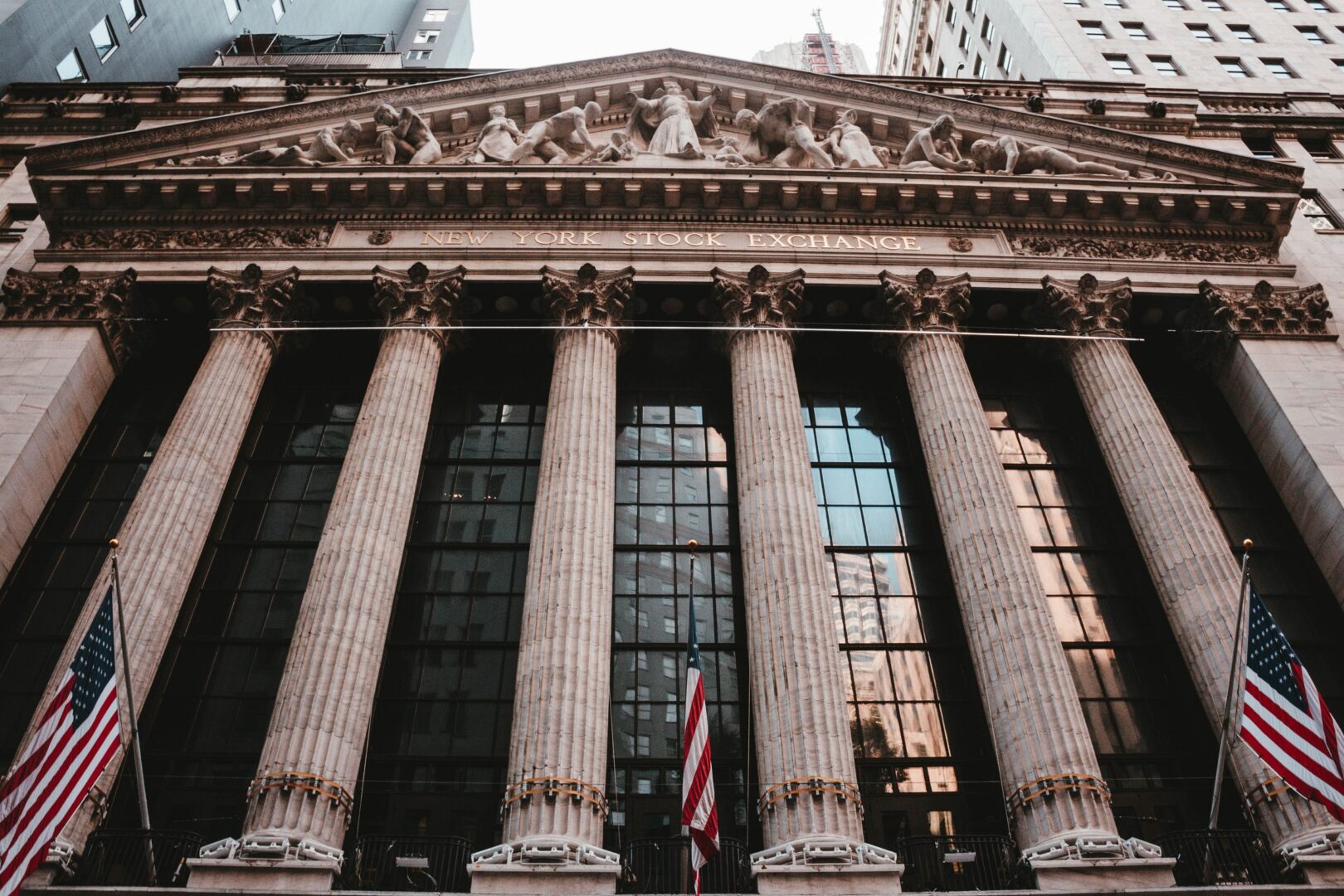 It’s been two decades since Wall Street analysts were this upbeat.

About 56% of all recommendations on S&P 500 firms are listed as buys, the most since 2002. It’s one more data point that shows the extent of the euphoria sweeping markets after a blockbuster earnings season.

While analysts are historically a bullish bunch, they’re turning even more optimistic in the face of relentless stock-market gains and corporate earnings that topped even the highest expectations. For all the concerns about the delta variant, China’s regulatory crackdown or waning Federal Reserve stimulus, it hasn’t made much of a dent yet on stock prices. 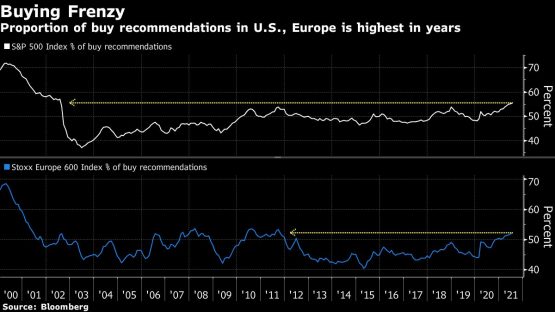 US companies aren’t the only ones feeling the love. In Europe, about 52% of recommendations on Stoxx 600 firms are buy or equivalent, a 10-year high. In Asia, that number jumps to 75%, the highest proportion since at least 2010.

The second-quarter earnings season was one of the strongest in history, even if helped by comparison with a period last year when many parts of the world were in the grip of pandemic lockdowns. US profit growth of 90% was 17 percentage points better than expected, while a 71% rise in Europe surprised positively by 16 percentage points, according to JPMorgan Chase & Co.

In both regions, results were stronger than implied by the acceleration in growth momentum during the period, JPMorgan strategists said in a note.

While some of that earnings optimism has been priced into markets, analysts see scope for more gains. Converting aggregated 12-month price targets for Stoxx 600 members implies about 9% upside for the index from current levels, while for the S&P 500 the implied gain is about 10% and for Asia 21%.

For Ben Laidler, global markets strategist at Etoro Ltd., the reopening trade “hasn’t even started yet.” For companies like restaurants, tour operators, airlines and hotels, earnings are still down 85% from where they were coming into this crisis, he said on Bloomberg TV, leaving clear scope for a rebound. 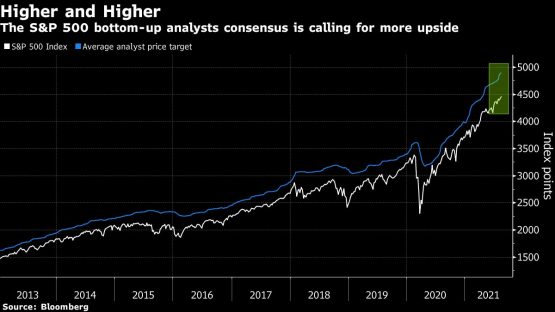 Luc Aben, chief economist at Kempen & Co., has a positive view on value equities. “These are over-represented in sectors that were greatly affected by the coronavirus pandemic,” he said in a note. “If the recovery persists, the style rotation could get going again.”

Yet such bullish sentiment doesn’t come without a hint of exuberance and it wouldn’t be the first time that investors were caught on the wrong foot.

“I’m a believer that the market moves in whatever direction hurts the most participants,” said Dave Lutz, head of ETFs at JonesTrading Annapolis. “If all the analysts on the Street are bullish, I’d be very cautious,” he said in a note. 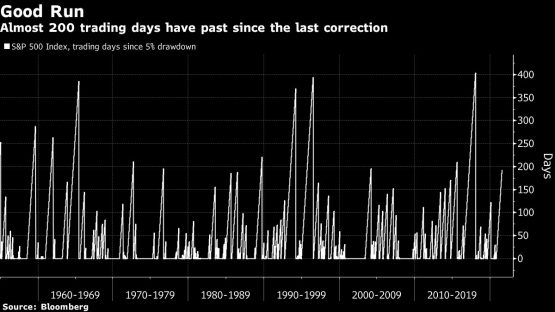 Right now though, markets are in no mood for a correction. The last time the S&P 500 Index saw a peak to trough decline of 5% or more was 193 days ago, about twice the long-term average.

“There is a lot of dip-buying power on the sidelines and any correction that might be justified could also be short-lived,” Salm-Salm & Partner portfolio manager Frederik Hildner said by phone.