What price for a room with a view? 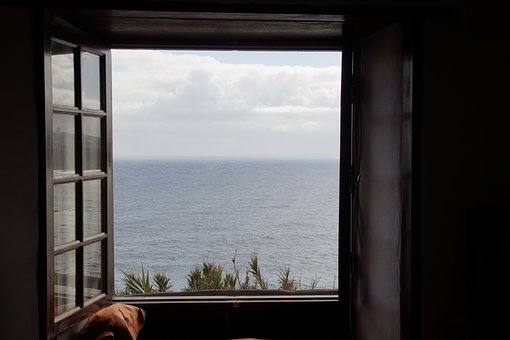 What price for a room with a view?

A view of water or rolling hills can add up to 50 per cent to the price of a house. Graham Norwood reports on the first survey of the cost of a British view and what buyers are prepared to pay for our most valued vistas

Carol and Rayner Peet could have done a lot of things with £50,000. It would have paid outright for a holiday home in Bulgaria or Egypt, allowed them to snap up a second-hand Ferrari, or fund a year travelling around the world. But they used it to buy a view.

“We bought a three-bedroom stone cottage with two acres of gardens on New Year’s Eve 2004,” says Carol, surveying the panorama of Milford Haven Estuary from her home in the pretty Pembrokeshire village of Sardis.

The cost of a view was highlighted in spectacular fashion last week when it was revealed that there is an £84 million price tag on an apartment overlooking Hyde Park at London’s latest showpiece development. One Hyde Park, four towers at the north end of Sloane Street opposite Harvey Nichols, will set a new benchmark for the premium on a view.

But the beauty of a scene is in the eye of the beholder. If you ask Carol and Rayner Peet whether they would prefer their rural views to the big city, no doubt they would go for the fields. “It’s worth every penny,” Carol says. “We knew we were paying for the view but we see it as an investment. We’re on the edge of the Pembrokeshire National Park, so the area is protected and there will be no planning permission given for new homes. So we’ve got a desirable view that’s in very short supply.”

The Peets say there is feverish competition whenever a property with a similar view comes on sale: they only managed to buy their home because Carol, a former estate agent, discovered it was going to be sold. “We got in before it went on the market, otherwise we’d have had no chance,” she admits.

They landed a bargain, because in many parts of the country a spectacular view costs a lot more. For example in Leatherhead, estate agent Knight Frank is selling a five-bedroom house called The Sycamores for £1.29 million. “It has fabulous views over the North Surrey hills,” says Alex Herman of Knight Frank in Esher. “We recently sold a similar sized property nearby that didn’t have such a fantastic view for £950,000.”

That sort of mark-up is not unusual, claims Jonathan Haward, managing director of The County Homesearch Company, a buying agency that short-lists homes for wealthy clients, helps negotiate the purchase and oversees the move. “A house with a river frontage or sea view can fetch 50 per cent more than a house that doesn’t enjoy such a sought-after location,” he says.

Through his 24 regional offices, Haward has calculated the premiums buyers must pay if they want homes enjoying top countryside, urban or water views. “A property with something extra, such as a view over a common or a park, or perched above a city, can add a great deal to the price,” he says.

His data, given exclusively to The Sunday Telegraph, shows that many buyers pay 50 per cent extra for a prime view than for a like-for-like property without the view. In one exceptional case, to overlook the 18th green of St Andrews’ championship golf course, a buyer paid £2.4 million for a terrace house, a premium of 600 per cent on the usual market value of £400,000.

The County Homesearch data confirms what has, until now, been anecdotal evidence about views boosting property prices.

“Other factors come into play, too,” says Liam Bailey, head of research at estate agent Knight Frank, “like amenities and proximity to London or another big city. Therefore a sea view in Skegness won’t attract as much of a premium as a sea view in south Devon. But the one dead cert is that any good view will attract some premium at least.”

This is borne out by research from the Halifax/Bank of Scotland, which has analysed the 10-year appreciation of properties in waterside locations. The biggest increase was in Falmouth in Cornwall, where prices rose by 311 per cent in the 10 years to 2006, compared with an average for all UK homes of just 186 per cent in the same period. Four other West Country ports, Penzance, Bideford, Mevagissey and Brixham, were in the top 10, as were favourites further along the South Coast like Brighton, Whitstable and Hythe.

“Devon and Cornwall have a holiday home tradition, so prices rise more there as a result, but clearly wherever you have proximity to the water, especially direct views, it will boost prices,” said a Halifax spokesman.

In the Cornish town of Padstow, a pretty bungalow with panoramic views of the Camel estuary is for sale at £550,000 through Jackie Stanley (01841 532555). The same agent is selling a similar property in Padstow without the view for £340,000.

Countryside views are also important but, to some extent, are under threat. Government targets to have 10 per cent of the UK’s electricity from renewable sources by 2010 make the siting of wind turbines especially critical to a property’s view in the future. A few of the 500 turbines in Britain are off-shore but most are in the countryside, and 1,800 more are required in the next three years.

“So far we have very few in Yorkshire,” says Sam Gibson from the Harrogate office of estate agent Strutt & Parker. “The classic request is a property with the patchwork of fields and the odd isolated barn in view, but no homes visible, and there are plenty of such views available.”

The strict planning regimes in national parks help to preserve views, but the biggest protection comes from the countryside itself, Gibson believes. “Lanes are narrow, there are few motorways in the north of England’s rural areas, and infrastructure is difficult. That deters development.”

If coastal and country views produce high prices based partly on emotion, there is at least a little science attached to pricing the view from a city-centre tower block, Liam Bailey says. “Although there are a few peripheral factors – for example, often the lower floors’ views are obstructed by other towers nearby – there is a general consensus that apartments rise in price floor by floor,” he explains.

The tower is becoming increasingly popular in cities because it satisfies local and central government guidelines for high-density development but also gives builders and estate agents the scope to push premiums sky-high, along with the apartments. Penthouses are often large, sometimes over two storeys, and obviously enjoy great views. Their prices are therefore much higher than those for smaller flats even just a floor or two down.

Although individual developers are reluctant to reveal their charging policies for these high-rise blocks, some professionals have let the cat out of the bag. The surveyor CB Richard Ellis Hamptons International says that St George, the developer building Imperial Wharf in Fulham, increases the price of like-for-like flats by £15,000 per storey. At Battersea Reach, another tower being built by St George, prices rise by £10,000 per storey.

At Berkeley Homes’s large Tabard Square scheme near Borough Market in south-east London, the main 22-storey tower has like-for-like flats rising by £10,000 per storey until the 11th floor, when the premium goes to £20,000, and then leaping by £30,000 on the 15th floor. The principle also applies to rental properties.

On the 21st floor of The Perspective on London’s South Bank, a three-bedroom flat is on the market through Knight Frank for £1,500 a week. Without those views, it would fetch £1,000 a week.

Very soon that room with a view will be doubly expensive. Not only will you pay a premium when you purchase the property but you will pay more council tax, too. Sophisticated computer software based on 287 ‘lifestyle variables’, including location and view, will calculate the council tax payable by all 21 million homes in England when they are revalued at some point before the end of 2009.

What is not yet clear is whether there will be big reductions in tax for those homeowners looking out on landfill sites or power stations, where the view causes the price to drop.

“You must be careful when you buy a view,” Liam Bailey warns. “If you don’t control the land you look at, how sure are you that it won’t be developed? You must do your research. Otherwise the view might just come back to bite you.”