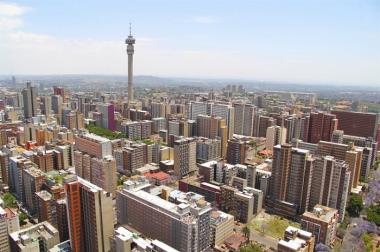 The office sector has been out of favour for the past few years, but there are some positive signals in retail while industrial property sector shifts to clean properties focussed on light manufacturing as heavy manufacturing struggles.

This is according to JLL South Africa Q3 2016 research reports which looks at Cape Town office and Johannesburg office, industrial and retail markets..

In the retail market, despite the slowdown in new builds, with the perception of oversupply, some of Gauteng’s biggest malls, such as Menlyn Park Shopping Centre and Eastgate Shopping Centre, are getting even bigger.

Nevertheless, there is clear appetite for regional and super-regional malls having the lowest vacancies with 3% and 2% vacancy rates respectively observed in 2016.

South Africa’s quarterly economic growth rate, along with increased business confidence in the quarter, painted a positive picture for the country’s economy. However, the Johannesburg office market certainly remains under pressure with slow growth in rental rates.

Overall, Grade A rentals have seen the highest year-on-year growth rate compared to the other asset classes, with an overall average growth rate of 5.0%, while Grade B accommodation has seen a 2.9% growth rate.

Industrial property market activity is still dominated by transport and logistics service providers and trade trends remain a focal point for future demand in the Johannesburg market. The local currency has returned to the centre of consumer outlook discussions with the Rand breaching the R14.00/US$ mark in October, after having fallen below R16.00/US$ in January.

While discouraging for importing businesses, trade activity shifted towards stronger exports over much of the year with exports growth remaining robust at 9.0% y/y to the end of August. However, there is the question of whether exporting businesses have seen enough activity to drive growth in the demand for industrial accommodation.

In Cape Town, numerous office completions have proved to be no threat to the office vacancy rate, indicative of stable demand levels in the market and rental growth well above inflation. However, the low vacancy rate has also implied limited options for larger office users.