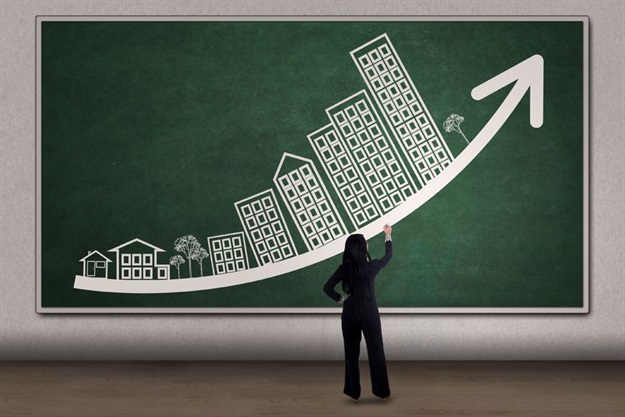 In the office sectors across all three provinces, market activity has proved resilient in the first quarter of 2017, despite the negativity. There are signs of a healthy demand for high quality accommodation mainly in prime nodes in Johannesburg, Cape Town and Durban.

Cape Town, in particular, has the most positive activity levels with the lowest vacancy rates across the country at 7.5%. The city continues to attract the interest of global contracts and this demand is supporting growth in local rental rates. Newly completed buildings in prime nodes are also driving an upward curve in the city’s rental rates.

Durban’s key nodes remain stable, despite producing the highest average vacancy rates in the country (along with Johannesburg) at 12.3%. The increased percentage has been influenced by corporates leaving accommodation in Westville and Hillcrest, as well as new speculative developments coming on board in the Umhlanga region. Surprisingly, the Durban CBD is once again attracting developer interest after a prolonged period of degeneration and high vacancies, with scheduled refurbishments in the node. The current development of hospitals and retail centres in Bridge City is also expected to attract office developments that will benefit from the BRT system, which will connect Bridge City to Durban’s CBD, Pinetown and Umhlanga.

In Johannesburg, several recent transactions (SAB, Standard Bank, Bidvest Bank, Cricket SA) cement the continued demand for office accommodation (mainly for high quality grade A and P stock). Going forward, occupiers (particularly small and medium businesses), will be looking for more flexible lease terms. Landlords should expect to negotiate for shorter terms, for instance a three-year lease instead of five. The driving factor for these changes will be a ‘fear of the unknown’ approach. New supply coming into the market, particularly in the prime nodes of Sandton and Rosebank, means increased competition for existing accommodation. This will exert a downward pressure on rentals however, they should still perform close to the average market rent of R210/m2.

A notable trend across the South African office market perspective is the growing interest in smarter, agile workspaces in green-efficient buildings. This supports the demand for high quality, more expensive grade A and P stock, interesting in a tough market where once would expect tenants looking to save costs in a slower economy. However, it certainly supports the case for futureproofed real estate reducing operational expenditure.

In all three cities, while there may be uncertainty, and a certain ’wait and see’ attitude to business decisions, JLL does not anticipate major fluctuations in vacancies and rentals in key nodes.

Then in Johannesburg’s industrial market, the city has seen a notable increase in developer activity with a rising trend in this sector’s development pipeline. The present economic outlook has turned negative, but the long-term prospects of the city seem to warrant the current growth in developments.

2017 trade figures, measured in weight of goods, paint a more positive picture for logistics and warehousing space, for instance. Peripheral nodes are experiencing a fresh wave of developer confidence, with new developments underway in Johannesburg’s central, eastern and western nodes. The introduction of quality, high-tech buildings points towards future growth in rental rates in the long-term (18-24 months).

Lastly, JLL’s South Africa Retail Market Review forecasts a competitive retail market. Retail developments continue breaking ground around the country, despite the overall economic climate. Vacancies in this sector remain the lowest on average compared to the office and industrial markets. Marginal increases in the regional and super regional centres are largely driven by a decision by certain international brands to close some of their standalone stores.

Smaller centres continue to deliver great performances with vacancies dramatically declining from 9.0% to 5.2%, a clear indication of increased demand for retail space in these centres.

For further info and to see the Property Market Reports go to http://www.bizcommunity.com/Article/196/567/163264.html