Pick Your Ring and Value Your Bling | The Valuator Group 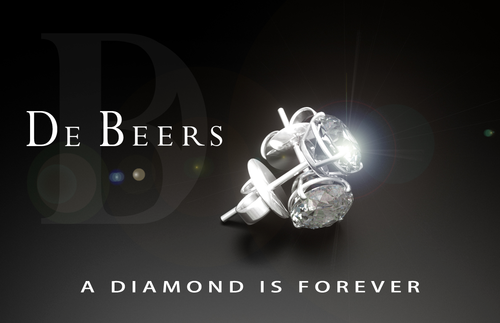 Pick your ring and value your bling

The engagement ring is one of those strange cultural phenomenon’s which has evolved over time, with significant input from De Beers’ ‘A Diamond is Forever’ campaign. When the handsome man gets down on one knee and pops open that little box containing its sparkling jewel it’s supposed to be a moment that every girl dreams of – the quintessential representation of romance and commitment. Choosing an engagement ring is no easy task, and there’s an incredible amount of pressure on the man to pick the correct one. There are all kinds of ‘rules and regulations’ which now surround this practice – for example, the ring is supposed to equate to at least two month’s salary and be as flawless as possible. So how do you pick the right ring and value your bling? Here are a few pointers.

Firstly, how did the tradition of the engagement ring begin?

The tradition is said to have started in 1477, when the Austrian Archduke Maximillian presented his beloved fiancé, Mary of Burgundy, with a diamond ring. He supposedly placed the ring on her third finger, which the Egyptians believed held a vein that led directly to the heart.

During the 1930’s the turbulent economy resulted in a sudden decline in diamond sales. Henry Oppenheimer travelled to New York in 1938, where he met with N.W. Ayer advertising agency. In 1947, Frances Gerety, a young writer working for the agency, coined the phrase, ‘A Diamond is Forever’ which became the inspiration for the incredibly successful campaign which effectively made diamond engagement rings synonymous with love and a lasting relationship. This later became De Beers’ official motto.

Now for a few facts about diamonds

This is the predominant means of diamond valuation – essentially all of these factors contribute to determining the glistening stone’s worth.

CUT: The correct cut is imperative for displaying the diamond to optimum advantage. If cut incorrectly, the diamond will be compromised and its worth greatly reduced. The 57/58 facets must all be perfectly angled to facilitate the diamond’s fire – how the light reflects and exits the diamond and its resulting brilliance. The shape of the diamond is also important – make sure you know what your intended fiancé prefers – is she a fan of the princess cut? Or the oval or heart shape? Does she have a penchant for the preferred round cut? Do your homework beforehand.

CLARITY: Most diamonds include tiny ‘inclusions’ or imperfections which are generally invisible to the naked eye and affect the diamond’s fire. A stone with very few inclusions will be graded Slightly Included 1 (Sl1), while the most flawless and priciest stones are Internally Flawless (IF).

CARAT: This is how we measure the weight and size of the diamond. 1 carat = 0.2gm or 200mgm. A carat is divided into 100 smaller units called points. Generally, engagement rings weigh between one carat and half a carat.

If you are worried about the quality of your diamond, then opt for a stone which has been assessed by an independent gemological laboratory. Make sure that you are getting an internationally recognised certification – the GIA, HRD, IGL and AGS are all well-known.

Make sure the price is nice

Don’t be dictated to by silly rules such as the ring must equate to two month’s salary etc. The current trend with our doubtful economic climes is for the ring to equal three weeks’ salary instead. Only buy what you can afford and don’t view an engagement ring as an investment – it’s not something you are likely to sell and it’s generally an asset that will depreciate very quickly due to retailers’ mark-ups etc. Remember, it’s not actually about the ring.

Don’t get overwhelmed when it comes time to choose your engagement ring. There are plenty of people out there very willing to assist you, including The Valuator Group which specialises in jewellery valuations. Don’t get carried away by marketing messages and lose sight of what’s really important – ultimately, it’s about your love and commitment to marriage.