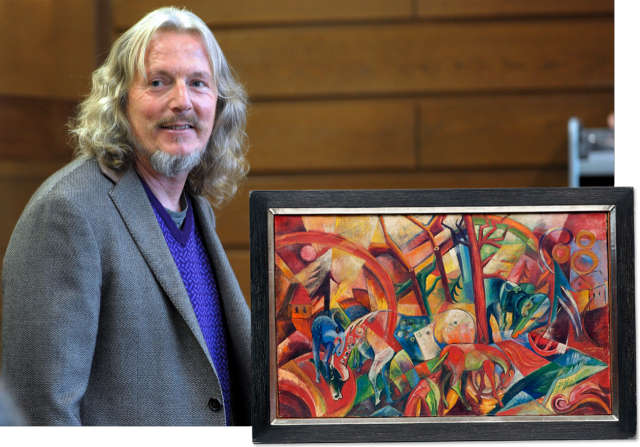 Art forgery has always been at the forefront of human interest and obsession, possibly because it’s a crime steeped in intrigue, skill, whimsy and romanticism. It’s also a deeply psychological practice with multiple implications which are fascinating to unpack – if the fake looks just like the original or even better in some cases, then what’s the problem? What’s the price of originality? What’s the price of integrity? What is our very definition of art and why?

The art forgery business is booming – and it’s no wonder in an industry which prides itself on secrecy. It is this very secrecy, coupled with an increasing paranoia, which allowed the recent Rosales scandal to continue for so long, as speculated by Patricia Cohen in her article ‘Selling a Fake Painting Takes More Than a Good Artist.’

In this article Cohen explores how the multiple art experts consulted to authenticate the Rosales artworks by Knoedler & Company suspected the works of being fakes but were too afraid to voice their opinions for fear of being culpable and sued. Cohen continues to explore this theme of the art world’s lack of transparency by referencing Stephen Urice, a professor at the University Of Miami School Of Law, who refers to ‘prestigious names being dropped freely as rain.’ To paraphrase Judge J. Shorter of New York State Supreme Court – ‘the art industry is dependent on the authenticity and title of the subject matter, but there is a problematic stigma attached to probing into either of these essential verifications.’ Art professionals and historians are being actively advised to be wary of lending their opinion unless specifically asked to do so.

A few years ago, the Federal Bureau of Investigations estimated that the stolen, misattributed and forged art industry fetches approximately $6 billion each year – a figure which we can only estimate has grown since then. Indeed, the 15-year Rosales scam was estimated to earn the conspirators over $30 million and the galleries selling the fakes a whopping $80 million – perhaps forever tarnishing their reputations in doing so. A number of fakes have thus far been identified, but who knows how many more still adorn the walls of some of the most respected art institutions in the world, fooling us all and lending credibility to the adage, ‘appearances can be deceiving.’ Deceptive indeed. But again, we have to ask the question, what does this mean and why does it matter? If the paintings are beautiful to look at, match the original artist’s mastery and give us pleasure, then does it really matter that they’re ‘fake?’

The psyche of the art forger is fascinating to delve into, and often, there is a remarkable similarity between some of the most successful forgers’ profiles. Many of the better known forgers started their careers as struggling artists, but found it difficult to communicate their own identity. They did, however, excel at mimicking the talent of others. Mr Qian, the artist behind the Rosales fakes, exactly suits this profile. A struggling immigrant finding it difficult to make ends meet in America, Qian was approached to imitate a modern art masterpiece and found he had a gift for producing exact replications. When interviewed by Bloomberg, Qian emphasised his innocence and also seemed rather gratified by the FBI’s words. “The FBI said they were done by the hands of a genius. Well that’s me. How strange it feels!”

Other forgers embarked on their careers with more of a ‘stick it to the man’ mentality. Dutch artist Hans van Meegeren painted his first forgery as a form of revenge against the numerous Dutch critics who had criticised his work and called his talent limited. His initial ‘Vermeer masterpiece’ was painted with the objective of fooling these critics and earning him the acclaim he felt he deserved. When the painting was successfully authenticated and sold for a substantial profit, van Meegeren abandoned his idea of revealing himself as the artist and began his career in forgery in earnest. Possibly his most famous success story was selling one of his Vermeer forgeries to Reichmarschall Hermann Goring. Unfortunately, after the war, the painting was identified as valuable Dutch property and van Meegeren was accused of being a collaborator in an act of treason. Fear prompted him to confess that the work was a fake and a highly publicised trial followed.

Another fascinating forger is the enigmatic Wolfgang Beltracchi who earned millions of dollars in his 40-year career as a con artist. He differs from other forgers in the respect that he didn’t only reproduce paintings, but he also painted original works and passed these off as being the long-lost masterpieces of a multitude of famous artists. Many believe that this makes Beltracchi the most successful forger of our time, due to his innate ability to master any style and pass off new works as exquisite examples of Max Ernst, Cezanne, Rembrandt and more. He was eventually caught out when he accidentally used paint containing traces of titanium white which wouldn’t have been available during Ernst’s era.

This leads us to forgery detection – how does one identify a fake? How to Spot a Fake is an excellent article on Forbes which deals with this issue. The insularity of the art world makes it very unreceptive to new technologies that could supposedly ‘undermine serious connoisseurship.’ However, some new innovations are gradually being warmed to.

Metaphorically, the art world is like a narrow, dark canal winding through the ancient maze that is Venice. Cloaked in mystery, secrecy and a high-brow devotion to tradition and connoisseurship, it’s no wonder that this in an industry that thieves and con artists thrive in. If you want to get your artworks valued, contact The Valuator Group, which has extensive experience in this kind of art valuation.