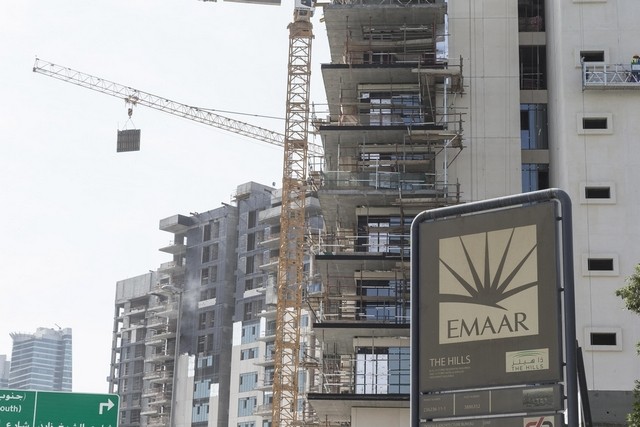 Is Emaar’s real estate unit IPO a surprise to the market? How does it fit into the company’s broader strategy?

The announcement by Emaar of its intent to float up to 30 per cent of its real estate development unit in ­November should not come as a total surprise. The success of the Emaar Malls IPO in 2014 has clearly encouraged the company to look at additional ways to realise value from its operating businesses and enhance shareholder returns. Its hotels and entertainment businesses are the remaining key operations that may also be earmarked for future IPOs or partial sale in the coming years, leaving Emaar Group itself as a holding company.

More and more companies are choosing to list subsidiaries. What does this mean?

For corporates regionally whose operations have grown over the years to span several distinct activities, a separate listing of one or more of those activities can bring several major benefits. This is in a context where valuations of the parent company may be relatively depressed compared to where the management feels it should be. It helps to ascribe a more direct valuation to listed subsidiaries, and hence crystallise higher valuations than is implicit in the parent company’s valuation. In addition, it’s a means for the parent company to raise additional capital through a partial sale, which can be deployed for business development elsewhere across the group, and yet the parent can retain a majority exposure to the listed business through its balance sheet. Furthermore, it’s a means to bring greater visibility and autonomy to the listed entity and allows the parent company to further reduce its stake at higher valuations down the line.

What can we read from the objective to distribute funds as dividends to shareholders?

Emaar’s decision to distribute to shareholders the funds raised from the IPO shows clearly that the primary reason for this spin-off is not due to a need for capital but rather to unlock value. The management’s view is that the market is undervaluing Emaar Group’s assets and there may be some frustration there.

What does the IPO mean for the regional property sector and can we expect to see more property IPOs going forward?

It’s possible that we will see similar announcements in the coming months by other corporates in the real estate sector that have seen the success of the Emaar Malls IPO, and are now closely watching this IPO. A clear example where there is hidden value is Abu Dhabi-based property company Aldar, which can clearly look to raise new capital or realise value through separate listing of its growing malls business. Malls in the emirate of Abu Dhabi, such as Yas Mall, World Trade Center and Al Jimi malls, could be injected into this.

What about other industries, for example, airlines? Where can investors find hidden value?

The airlines sector in the GCC is another prime example of an industry that is particularly suited to reap significant benefits from operators listing selected operating subsidiaries. For example, Saudi Airlines has already listed its catering and ground services operations. Given the strategic nature of national airlines to GCC countries, a partial listing of subsidiaries allows operators to raise capital and alleviates the need for the parent group to list. Governments can therefore retain full control at the holding company level. In this respect, both Etihad Airways and Emirates make excellent candidates.