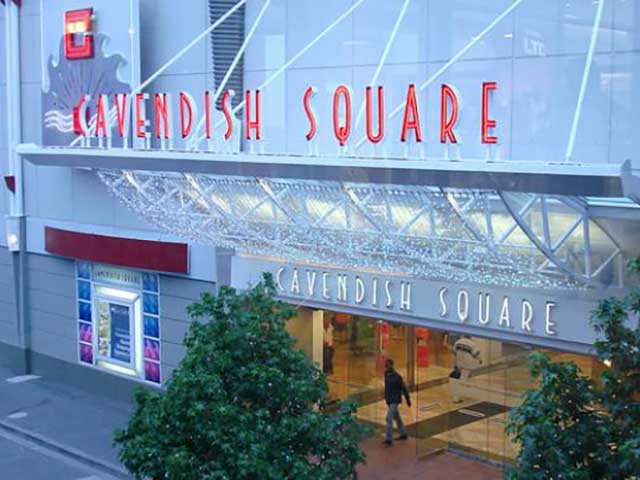 Cavendish Square Closed Due To Storm

Cavendish Square management said the centre was being closed as a precautionary measure due to extreme weather in the Claremont area.
At Somerset Mall‚ in Somerset West‚ part of the roof of the Mr Price Home store collapsed‚ forcing the evacuation of the building. No injuries were reported.
Cape Town International Convention Centre also lost parts of its roof to a storm predicted to be the worst in living memory. And Comair’s Food Directions catering operation in Airport Industria lost its roof.
City of Cape Town repair and disaster teams were run off their feet attending to fallen trees and power cuts throughout the city.
The Western Cape provincial legislature abandoned the day’s business — including a public accounts committee meeting which was to be addressed by the auditor-general — at lunchtime.
Chief whip Mark Wiley said: “We have been constantly in contact with disaster management and the information that is now very current‚ and the weather pictures that have been sent to me‚ indicate that what we saw last night and this morning was just a foretaste of what’s coming.”
A very serious front was “coming our way between 1pm and 2pm and we want to get people home before then … there is going to be flooding. People’s safety is paramount‚ we can’t play with people’s lives‚” added Wiley.
Almost 800 families had been recorded as homeless by mid-morning as a result of wind and flood damage‚ said City of Cape Town disaster management spokesman Charlotte Powell.
They included 362 from the emergency area built for residents of Imizamo Yethu after the March fire that destroyed more than 5‚000 homes. Sibeko Ndevu‚ 30‚ said: “I was inside and I was lucky I wasn’t hurt. But we have lost everything again.”
Seventy-four families from Disa Park and 264 from Madiba Square‚ both in Hout Bay‚ were also welcomed to emergency shelters‚ and 97 families had to leave their homes in Macassar Village due to flooding.
Forecasters said the storm predicted to be the worst for 30 years would reach its height between 11am and 5pm.
With the 2.30pm high tide coinciding with spring tide and forecasts of swells up to 16 metres high‚ residents of coastal areas were warned to move to higher ground if possible. More than three hours before high tide‚ a sea of foam was washing over cars parked on Sea Point promenade.
Earlier‚ the railway line between Wellington and Bellville was closed by Transnet Freight Services‚ disrupting commuter trains. A bus shuttle operated between Worcester and Wellington. Delays and power disruptions were reported on several other lines around Cape Town.
Chapman’s Peak Drive between Noordhoek and Hout Bay was closed‚ there were rockfalls on Clarence Drive between Gordon’s Bay and Rooi Els‚ and power failed at the Huguenot Tunnel‚ leading to a ban on heavy vehicles.
A large fire caused by strong berg winds closed the N2 between Knysna and Plettenberg Bay.
As well as a major power cut in Claremont‚ outages were reported in Strand‚ Steenberg‚ Newlands‚ Southfields‚ Bridgetown and Pinelands.
Overnight‚ roofs were blown off in Strand‚ Kalkfontein‚ Delft‚ Mfuleni and Mandalay. Two people were injured when a roof blew off in Lavender Hill.
More than a million children stayed at home after Tuesday’s decision to shut schools‚ and the province’s four universities — Cape Town‚ Western Cape‚ Stellenbosch and Cape Peninsula University of Technology were also closed.
In a final warning on Tuesday night before the storm hit‚ Cape Town mayor Patricia de Lille said: “I urge Capetonians to remain calm and do all they can to keep safe.”
Langgewens in the Swartland region of the Western Cape gets 395mm of rain a year‚ but it got 8% of that in one night on Tuesday.
The 33mm of rain that fell on the Western Cape government’s research farm between Malmesbury and Moorreesburg made it the location in the Western Cape with the highest rainfall at 8am on Wednesday‚ the South African Weather Service said.
Jonkershoek‚ in Stellenbosch‚ was hard on its heels with 32mm‚ followed by Strand with 31mm. The Karoo town of Laingsburg had the least rainfall‚ with just 2mm. 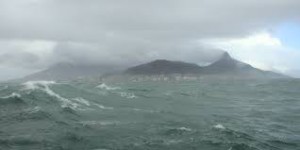