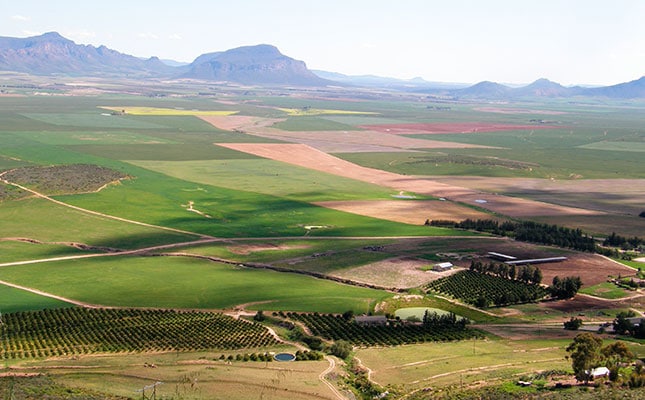 Buying a farm in South Africa calls for careful consideration and in-depth investigation. The purchase of high-potential agricultural land is a costly affair which should be approached with sound knowledge of the market.

Prices for arable farms with high potential and a high water table in the Free State and North West have increased from R200/ha to as much as R50 000/ha over the past 50 years, according to Nico Coetzer, long-time attorney, auctioneer and professional valuer in Hoopstad in the Free State.

Prices have fluctuated somewhat, depending on rainfall, but have continued a steady upward trend over the years.

Charl Thompson, Bothaville realtor and auctioneer, agrees. He says that high-potential arable farms still realise top prices, despite the market being under pressure due to the drought of the last three year in the Free State and its neighbouring provinces.

Irrigation farm prices in areas such as Vaalharts and Upington have also increased considerably, according to Thompson. He said that the value of a pecan nut-producing farm in the Vaalharts district could increase from an initial R130 000/ha to
R480 000/ha at full production.

Factors to consider
Coetzer recommends that arable land be valued by a registered appraiser, and that the farm’s potential be evaluated by an agricultural economist supported by grid-mapping and soil analysis, among others. A chemical analysis of the soil condition is also important. Issues such as location and proximity to markets as well as rainfall and infrastructure should also be considered.

Thompson warns against emotional purchases. Beautiful scenery does not make for a successful farm, he cautions.

Potential buyers should also clarify what situations exist regarding water rights, mineral rights and land claims. The relevant information is available from the respective state departments’ regional offices. He also warned against buying land in close proximity to townships or informal settlements, because of the limited opportunity for reselling.

“I need to warn potential buyers who are not experienced in agriculture to tread carefully. Owning land does not make one a farmer. I’ve often come across townsfolk investing their money in land and farming, only to lose it all,” he said. Van Rensburg says it is important that buyers compare the asking price with the potential income generated by the farm.

Any farm purchase should be supported by a detailed business plan that includes hidden costs such as transfer costs, taxes and lawyer’s fees. The contract should clearly provide for instruments and equipment included in the sale.

Safety and security, stock theft and infrastructure should be considered, as should proximity of schools and the state of the house. “Prospective buyers should make use of a registered agent to facilitate the transaction. Agents are trained to manage all aspects of a sale,” says Van Rensburg.

“Buyers and sellers using reputable agents with a proven track record of integrity can sit back and relax while the agents manage the transaction.”

André Kok, an auctioneer from Vryburg, advises buyers to ensure that, prior to transfer, labour issues on the farm are sorted out by the seller and labour contracts are terminated legally. The buyer can then decide if he wants to invite the workers to reapply.

Leasing – the alternative
When the option of buying land is not available, one can consider leasing. There has been a marked increase in the demand for leased land, and Thompson ascribes this to an apprehension to invest in land owing to political issues such as land reform and ever-increasing input costs.

Potential buyers are also finding it increasingly difficult to obtain financing from commercial banks, according to Thomson. In Bothaville, for example, high-potential arable land was recently leased for R2 450/ha. 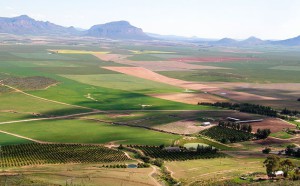