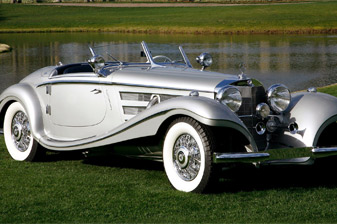 Here’s a fun article from Lauritzblog International telling some wonderful valuation stories. That old chair that’s been sitting in the garage for years?  Who know?  It could be worth a fortune!

It’s often at these [Big Valuation Weekend] valuation events that the really fun stories turn up. Stories about the best flea market find from the box right at the back under the table, about the horrors experienced by granddad’s pocket watch during the war or how much the family has argued about the painting above the sofa. It’s also often here the really good stories begin – about things people had no idea could fetch so much money at auction.

We’ve collected a few of all these stories below.

A man from Norway found a bag of watches on their way to being thrown out. He rescued them from waste collection and had them valued at Lauritz.com in Oslo, Norway. One watch was an Omega Speedmaster 2915-1, which belongs to the very first generation of Speedmaster watches, of which only very few were produced. The same model was the first watch on the moon, as it was selected by NASA for the Apollo project in the 1960s. The hammer price reached the dizzy heights of DKK 218,000 incl. commission. The buyer was a private Omega enthusiast in Germany.

An elderly, retired couple brought a seascape in to a valuation event to hear whether it might be worth anything. The wife was related to the captain of the schooner in the painting. This needed closer inspection to be appraised fully and Lauritz.com took the painting back with them to examine it further in the auction house in Odense, Denmark. When an estimate was set the painting came on auction. The couple had never been able to afford a computer, so Lauritz.com had to call them up to tell them how the auction had gone. The wife took the telephone but hearing the hammer price had reached DKK 29,000 incl. commission she became dizzy, and on the verge of fainting she fell into her husband’s arms. The buyer was a Danish collector of seascapes living in England.

The seller found this chair, which was headed for the rubbish dump, and took it to Lauritz.com in Düsseldorf, Germany. Here the chair was examined and deliberated before coming to the conclusion that it was presumably South American and from the mid-20th century – a time when back in Europe, Arne Jacobsen, Dieter Rahms, Joe Colombo and a lot of other famous names in modern furniture design were at the height of their careers. The chair was undeniably different, but its superb quality and timeless character shone through. A cautious estimate lay at DKK 4,500. But the hammer price took the breath away from both the seller and the auction house, landing at DKK 20,500 incl. commission.

Do flowers grow up to the heavens?

A retired couple from Denmark would probably think so. A couple of years ago they bought a little painting of some flowers at a local flea market for DKK 200. The wife collected floral paintings. After it had hung on their wall for a couple of years the couple became curious to know more about the picture that was so beautifully painted and even signed. So they approached Lauritz.com. Here they were told that the work was painted by the German painter Gabriele Münter (1877-1962). The couple were bowled over when Lauritz.com valued the little painting, measuring just 23 x 30cm, at DKK 200,000. But their surprise was even greater when after hectic bidding in the final minutes of the auction the painting ended up reaching a sky-high DKK 580,000. The buyer was from Sweden, so the painting has come to see a bit of Europe despite its diminutive size!

Even though it seems you have to be very lucky to pick up a bargain at flea markets these days, fortunately it can still happen now and again. A Swedish girl bought a painted wood puffin by the Danish silversmith and designer Kay Bojesen (1886-1958) at a local flea market for SEK 15. This in itself was a bargain. She quickly put it on sale at Lauritz.com Stockholm, where it was valued at SEK 15,000. The puffin by Kay Bojesen is highly sought-after as it’s no longer in production so is very rare. But the estimate was no match for the hammer price, which ended up at SEK 36,000. This is without comparison the highest hammer price ever for Kay Bojesen’s puffin figure at Lauritz.com. The buyer was a Japanese collector from Hiroshima, so the puffin had to prepare for a very long flight.

New York: From Sweden to Belgium

The American, self-taught interior designer Edward Wormley (1907-1995) is maybe not so well known on the Eastern side of the Atlantic. And not to the consignor of the sofa either. But more and more people are gradually opening their eyes to his furniture design. This sofa is called New York, was designed in the 1950s and produced by Swedish furniture manufacturers Dux. The seller would have been happy with SEK? 1,200, he said. The estimate was set at SEK? 4,000 and the hammer didn’t come down until the bidding reached SEK? 24,000. Can you be six times as happy? Maybe! In any case it was a Belgian who placed the highest bid and the sofa was shipped the long journey from Stockholm to Belgium.